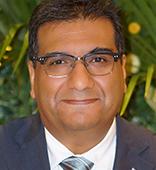 At school, I was always mathematical and when I was considering university degrees, I happened to attend a 6th form school lecture about nonlinear acceleration in rockets. It was simply the best thing I had ever heard, and in that moment, I knew I wanted to become a physicist. So, I did my first degree in physics, where I studied integrated unification theories. During my postgraduate degree at City University, I focused on parallel algorithms and my first job after university was using Inmos Transputers in ‘C’ and Occam. After a decade as a freelance programmer with Y2K, I saw my industry was being commoditized.

Being freelance, I always had an entrepreneurial nature and I signed up for an MBA at Henley Management College. A chance conversation with a fellow MBA colleague in the corridors of Henley resulted in my career in finance. He sold trading systems and told me to look at Credit Derivatives, which is the subject I chose for my final-year dissertation.

Without a background in finance, it was a steep learning curve; I went from knowing nothing at all about derivatives to writing the full thesis, and producing a report which was very well received. However, I found in job interviews that people wanted to know what bank I had worked for and what desk I had priced derivatives. At the time I had never worked for a bank. A trusted recruiter from my contracting days, said “Hang on a minute – Physics, postgraduate, 10 years in programming, why aren’t you a quant?” He suggested that I do the Certificate in Quantitative Finance (CQF), as I already had a postgraduate and Master’s degree. I was awarded a scholarship and upon completing the CQF program, I began working as a Front Office consultant in Equities Derivatives at a major US bank.

Since then, I have worked with many banks from Barclays to Morgan Stanley and taken on a series of roles across Traded Risk, Finance, and IT that were not always directly quantitative, rather more focused on change management. Now I am a C-Suite Executive and Executive Committee member at Numerical Algorithms Group responsible for focusing on financial services.

For those who are considering taking the CQF, among the keys to success are staying on top of the lectures and taking plenty of time to do the exercises. Some are quite difficult, but you can always ask for help and there's a joy after pounding away for two or three days on the maths and then reaching a Eureka moment! The CQF program is the start of a wonderful journey. It allowed me to focus my mathematical knowledge within a finance framework and gave me the confidence to work with, and subsequently build and lead teams of quantitative staff. The CQF played a major role in my evolution from being a programmer to an exec. I still use my quant skills today. 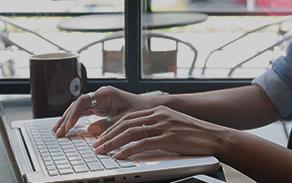